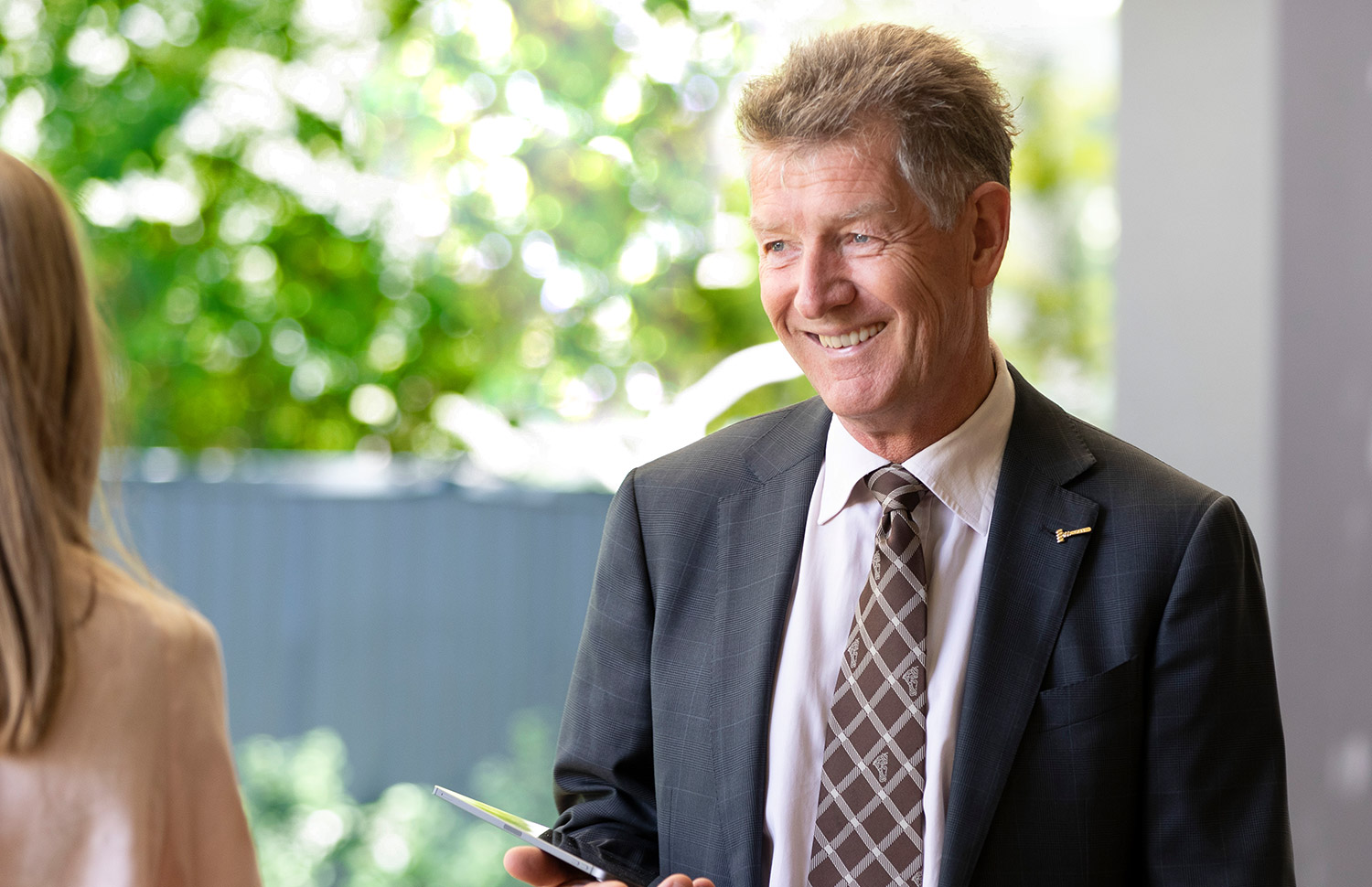 What can I help you with?

Personal and Career: Born in Orroroo Hospital, South Australia, life was great in this farming community for Anthony, the son of the owner of the local Holden dealership, Toop Motors. Father Jim was rarely around as he was working long hours and mother Barbara (née Peters) was the daughter of the local Methodist Minister.

Secondary education was as a boarder at Prince Alfred College from 1970 to 1974, somehow matriculating successfully.

Anthony took a real estate agent’s daughter to the 1974 PAC Red and White Ball and this was to end up a lifelong career. Initially returning to Peterborough and Orroroo to work in the family Toop’s Electrical for eldest brother Dennis, the real estate qualifications were achieved by correspondence. In 1976, as a test interview Anthony ended up with the role selling for HomeMarket. Head office was Tea Tree Gully.

Anthony Married Sylvia (née Paczek) in April 1980. On May 8, 1985 Anthony and Sylvia started Toop&Toop from their home in Toorak Gardens.

From day one innovation was in the DNA. Saving money by doing things better-smarter was the driver.

The business flourished. Premium marketing of premium residential property was unashamedly the target and brand positioning.

At boarding school it was always mechanical things and electronics. Anthony also learned to negotiate and even ran a “Black Book” of debts and paybacks as he wheeled and dealed with the loan of sticky tape, trade of model aeroplane parts and you name it. Every minute of the day was spent making things.

In the early days of real estate it was water skiing and working flat out, followed by playing flat out. Disciplined holidays followed by blocks of solid 24/7 work was probably the key to success and sustainability. It was a feature of their lives and remains today.

Technology, thanks to the electronics background, was definitely one of Anthony’s great passions. Initially it was almost a weakness, as tens of thousands of hard-earned dollars were invested in new ways to harness emerging technology into real estate selling. Early patents were achieved in the 1990s for VirtualAgent. Technology is still a huge passion.

Family: Two daughters, Genevieve and Suzannah. Two sons-in-law, Bronte Manuel and James Connell. One grandchild so far...Loxton. Mother Barbara is 89 years old and married to 90-year-old Ken Hawke. They both still live in their home in Linden Park. Father Jim passed away after working with Anthony and Sylvia for many years. Anthony is the youngest of four boys. Brothers are Dennis (Toop’s Electrical), Greg (Developer) and Lew (sales partner at TeamToop).

Future: Toop&Toop has been officially passed to the second generation. As of July 1, 2019, Bronte and Genevieve have taken on the sales business, while Suzannah has the rental management business. Both are pursuing IT with amazing energy. They’re very exciting times.

Sylvia and I are currently hands-on and back to basics. Sylvia is assisting in accounts, while Anthony is back doing what he loves the most - selling and driving new ways with technology.

Toop&Toop 2020 is equipped, set up and ready for the wave of industry disruptors.

Future: The future is amazing as Toop&Toop provide unrivalled value and results.

Explore all my current properties